In homes that have narrow walk-through double door openings, including principal bedroom entry and interior French doors, transom bolts are a convenient substitute for surface or flush bolts.

Surface and flush bolts are awkward to use on the inactive door (strike plate – no latch) small pair of doors. A transom bolt does not require fingers to release a bolt. One only needs to open the active door (with latch) first and the inactive door of the pair is released of its positive locking position so that it can be opened.

The transom bolt is installed in the header of the frame with the strike in the top of the door. It is available in 14 standard finishes by its manufacturer: Accurate Lock & Hardware of Stamford, CT. 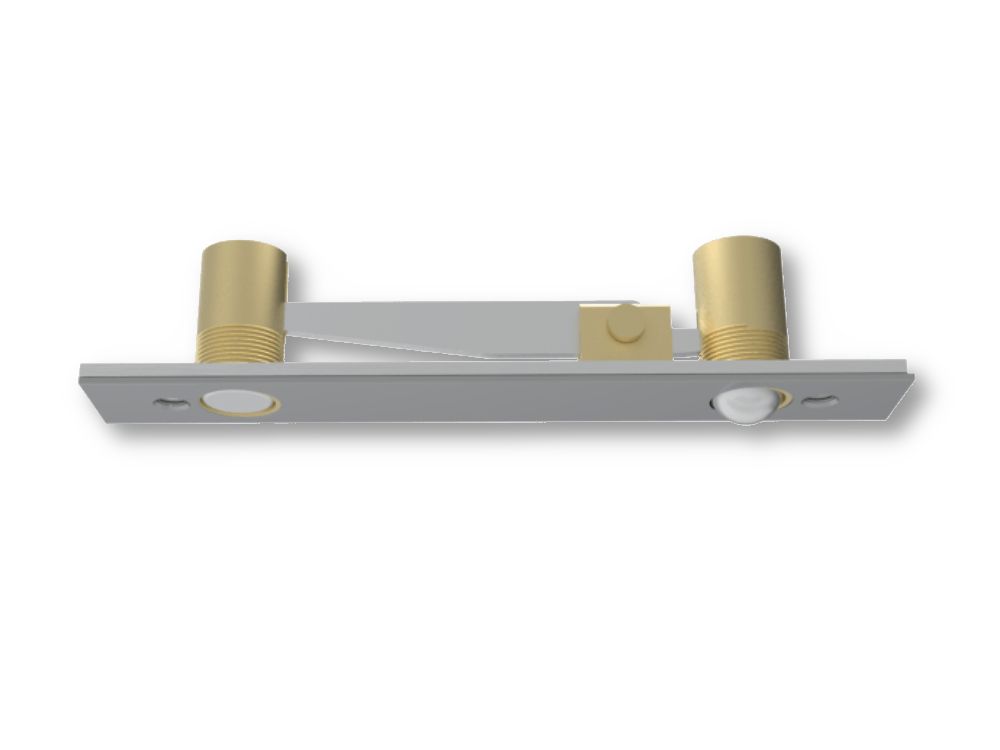