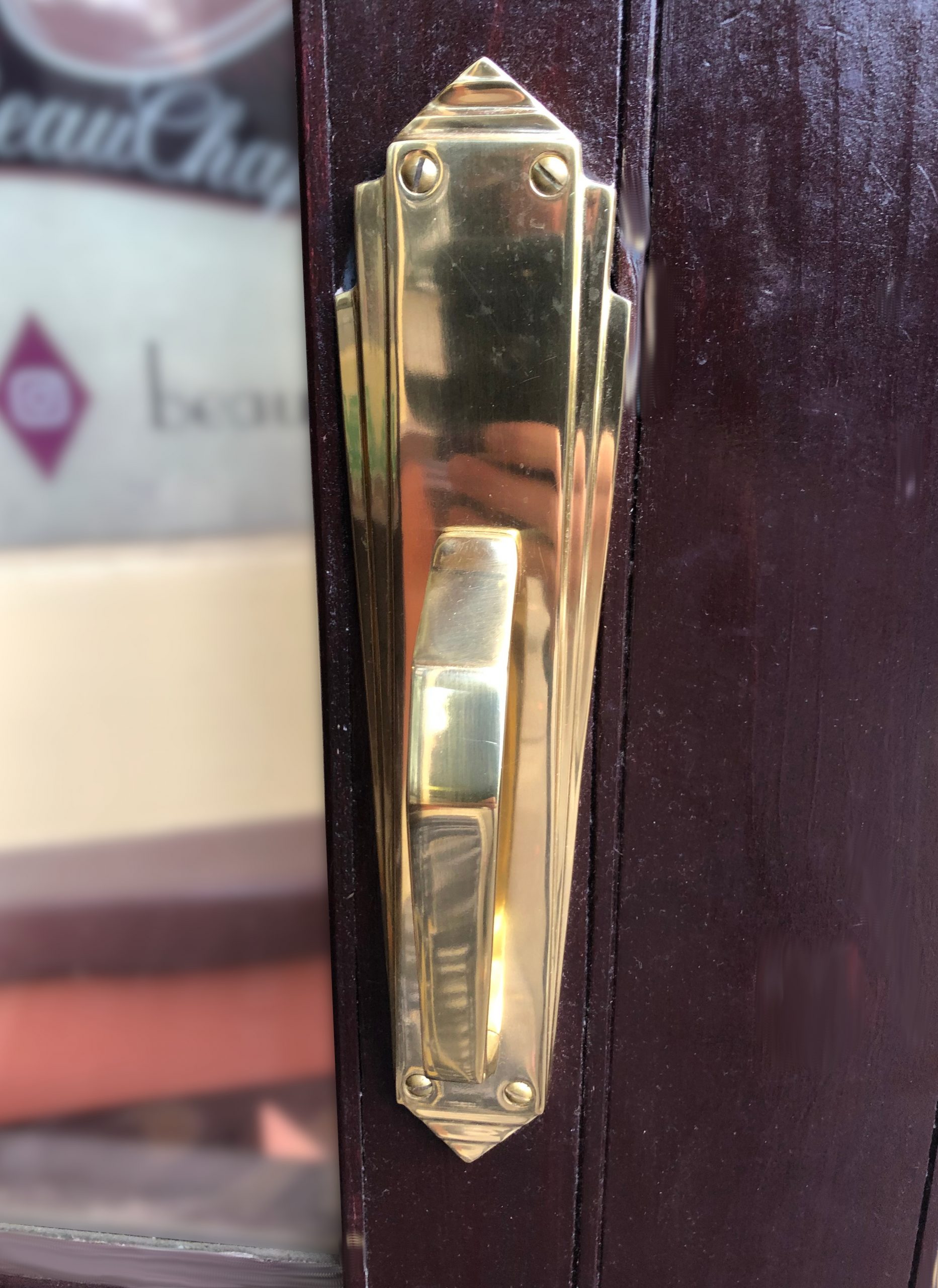 During the early 20th century in Europe an extreme aesthetic for modernism established itself within philosophical, musical, architectural, sculptural, painting, literature, film, interior and industrial design.

Efficiency was celebrated. The machine was valued as the ideal. Ecological concerns for the environment were little considered. This movement celebrated what became known as the “Machine Aesthetic”, with references to Cartesian and Newtonian reductionist axioms that stated that the world and universe were in-effect like machines that could be understood by reducing the whole to singular parts. The machine was idealized and the natural world was ignored. Buck Rogers, Superman and the film Metropolis were representative of this futurist time.

By the late 1920s and early 1930s the Futurist Machine Aesthetic was often represented in door hardware by designs that were reminiscent of rocket ships, locomotives, and ocean liners. This type of design is often referred to as late Art Deco and Streamline Modernism – the latter named as the designs often suggest fast aerodynamic movement.

Superficially, the European and concomitantly American Futurist door hardware designs of the 1920s and 1930s were fun and exciting. Today original pieces and reproductions of this Futurist period are recognized as charming, yet naïve, within our contemporary environmentally aware 21st Century context.